On July 28th, from 6 pm, opening at Cult Gallery in Kuala lumpur of the lithographic prints show of Jai and Zakii with a set of 14 unique artworks based on those prints.

Following the event, the remaining prints and artworks, will be on view and available by appointment from Cult Gallery and Fumanart. 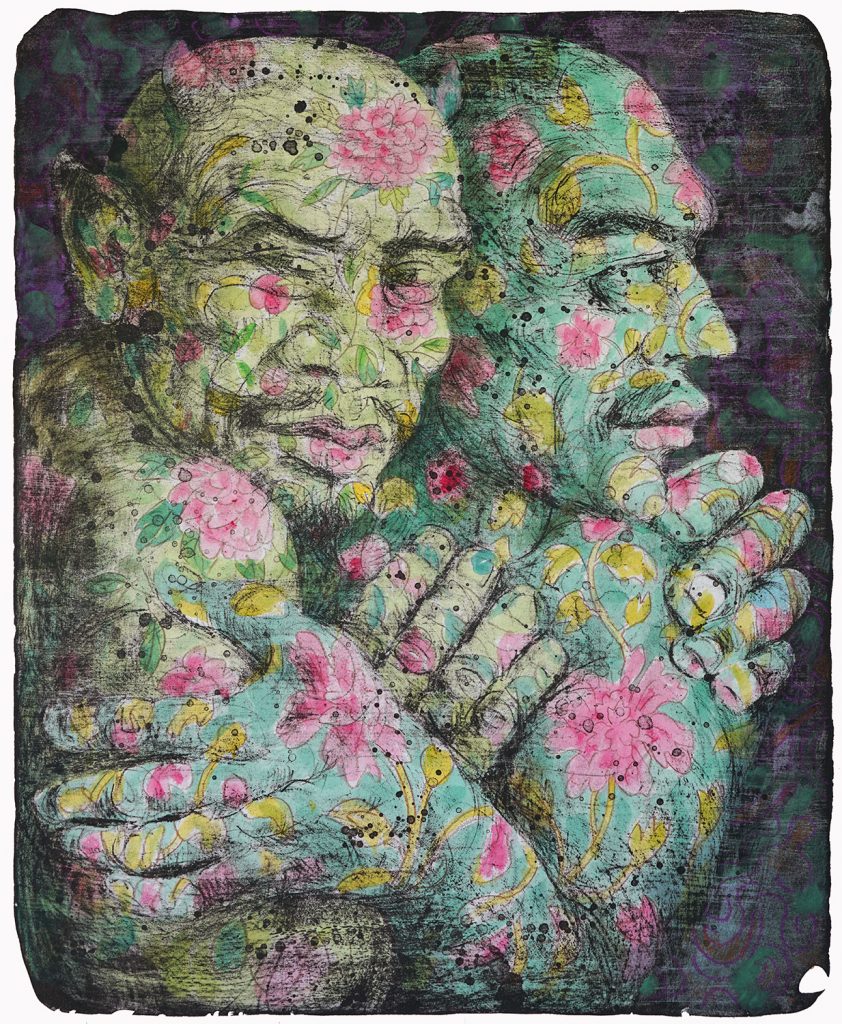 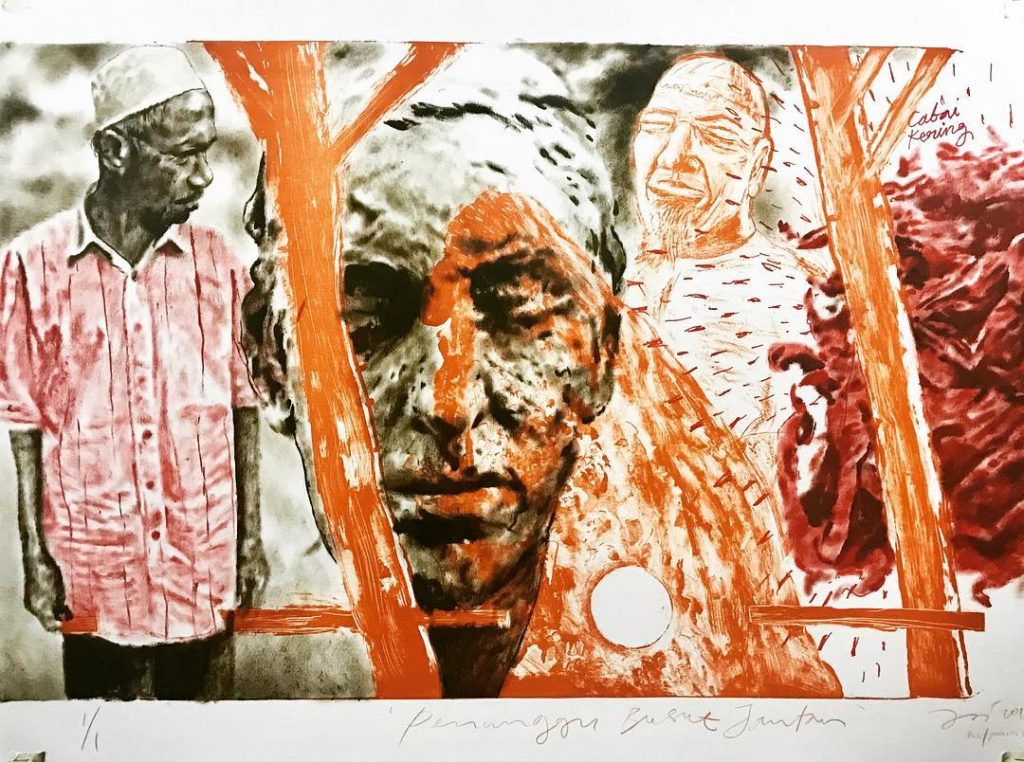 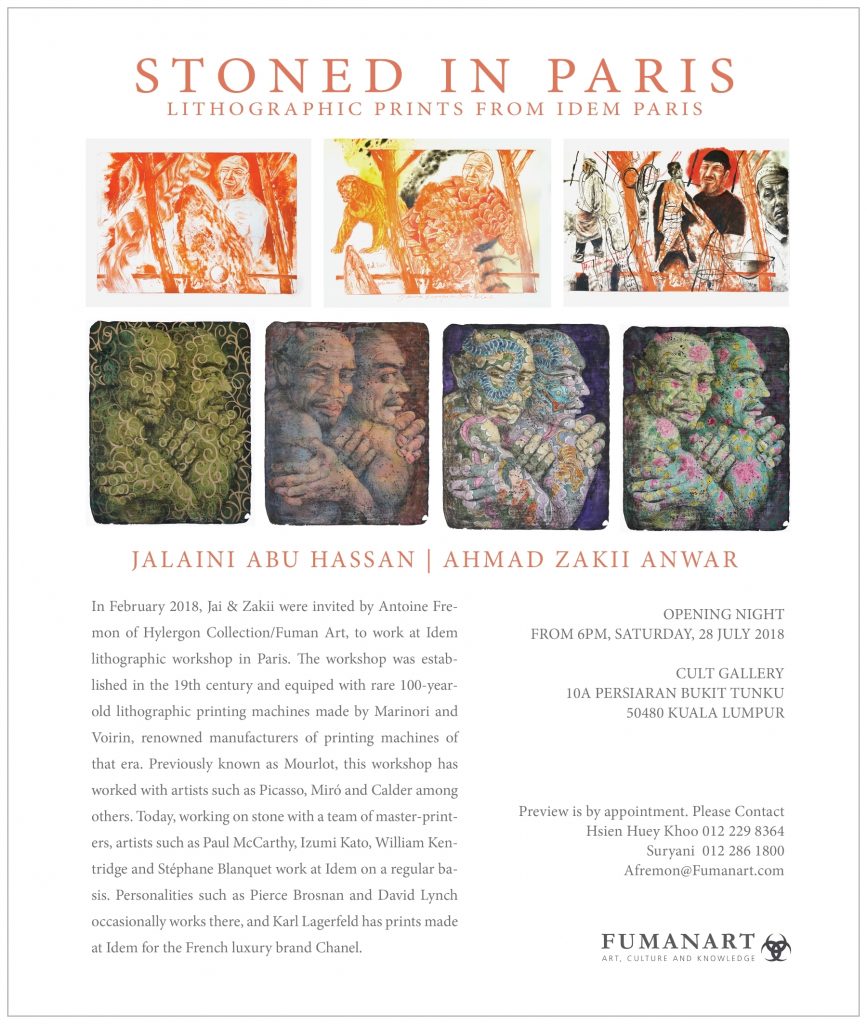 Invitation for the opening of the “Stoned in Paris” show with Jai and Zakii – Juy 28th, 2018 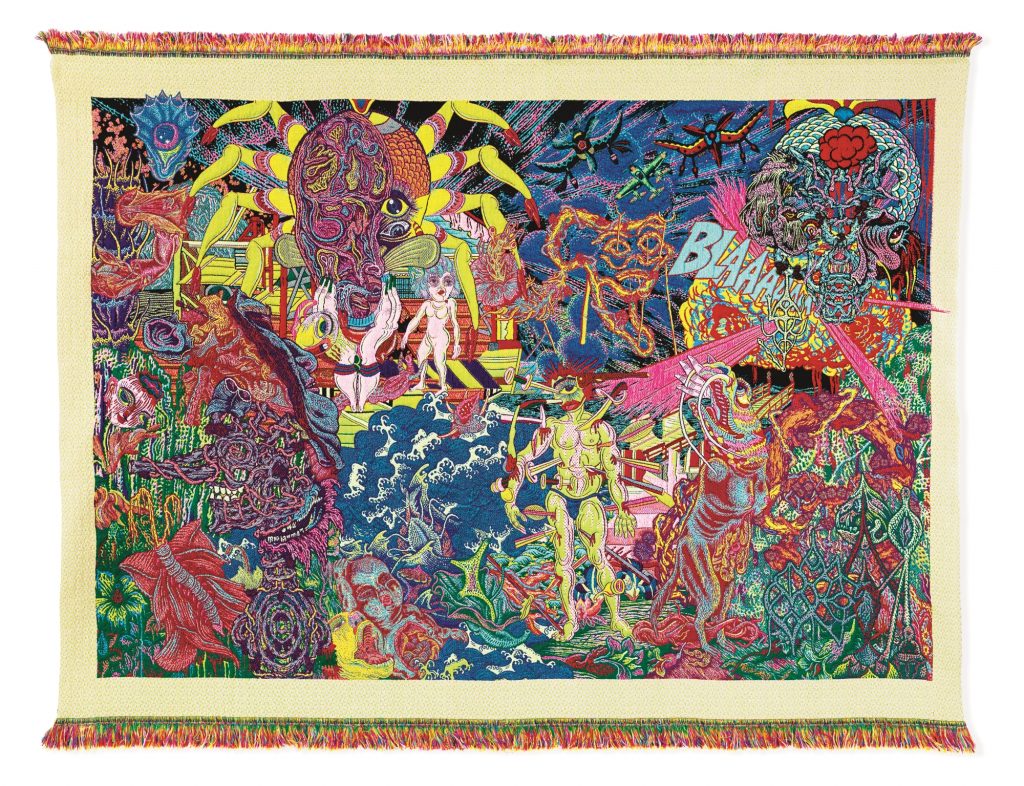 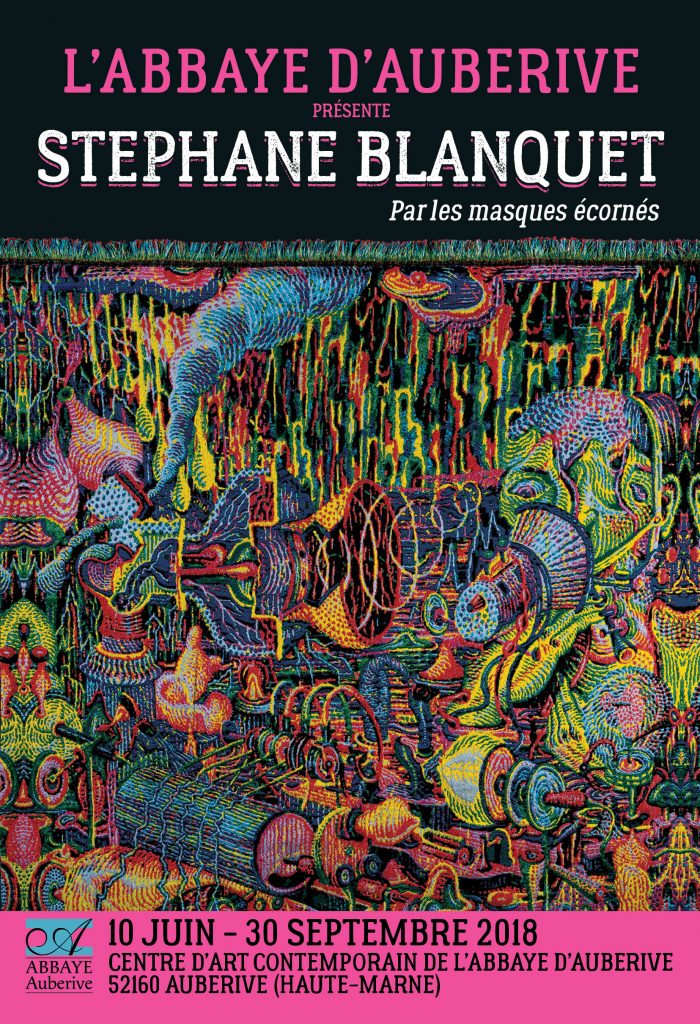 Blanquet, invited by French collector Jean-Claude Volot, presents a solo exhibition at his contemporary art museum, the Abbaye d’Auberive. This exibition entitled “Par les Masques Ecornés” or “Through the cracked Masks” is on display until September 30th. Blanquet presents new artworks among which a tapestry created with Tanaami Keiichi, 10 ceramic sculptures, lenticular prints, a photography installation…

This exhibition is documented in a 240-page hard cover catalogue which will be available soon through les presse du réèl, the Abbaye d’Auberive and the Stéphane Blanquet website. 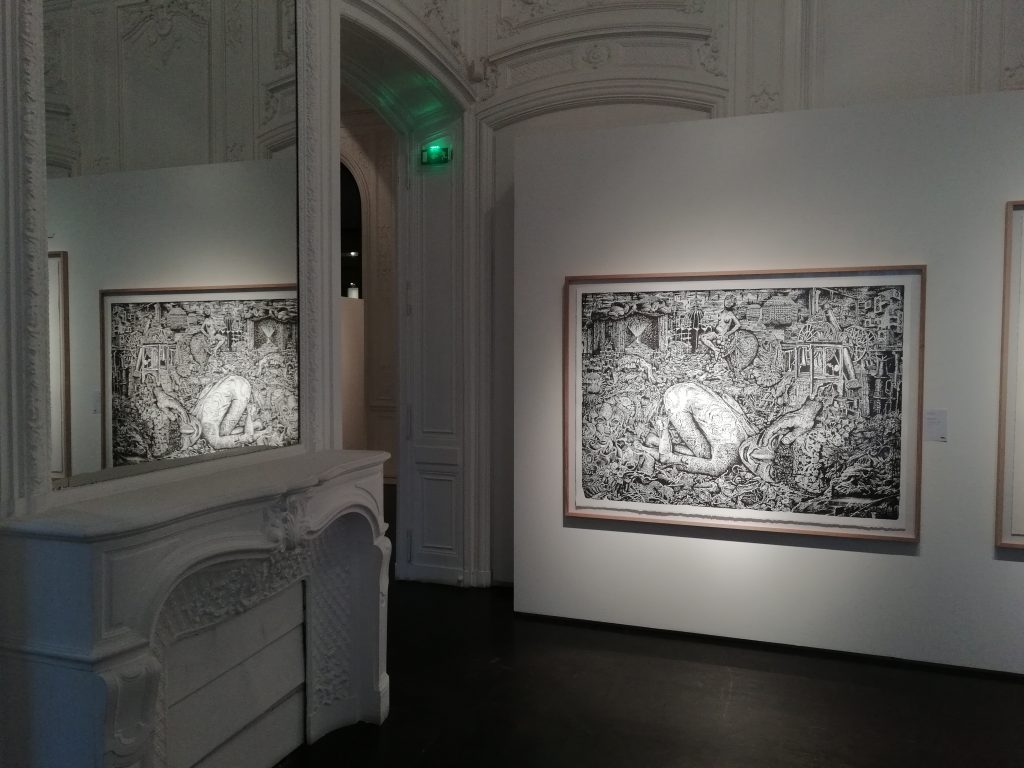 The “Parabole Arithmétique” print is exhibited as part of a group show at Artcurial Paris. From June 6th to June 10th

It is part of a group show organized by MEL Publisher for the launch of their website www.melpublisher.com which presents the prints they have been producing with such artists as Christophe Blain, Damien Deroubaix, Hervé Di Rosa, Emmanuel Guibert, Lorenzo Mattotti, Françoise Pétrovitch, James Rielly, Alain Séchas, Agnès Thurnauer, Barthélémy Toguo, Vincent Parronaud dit Winshluss and of course Stéphane Blanquet 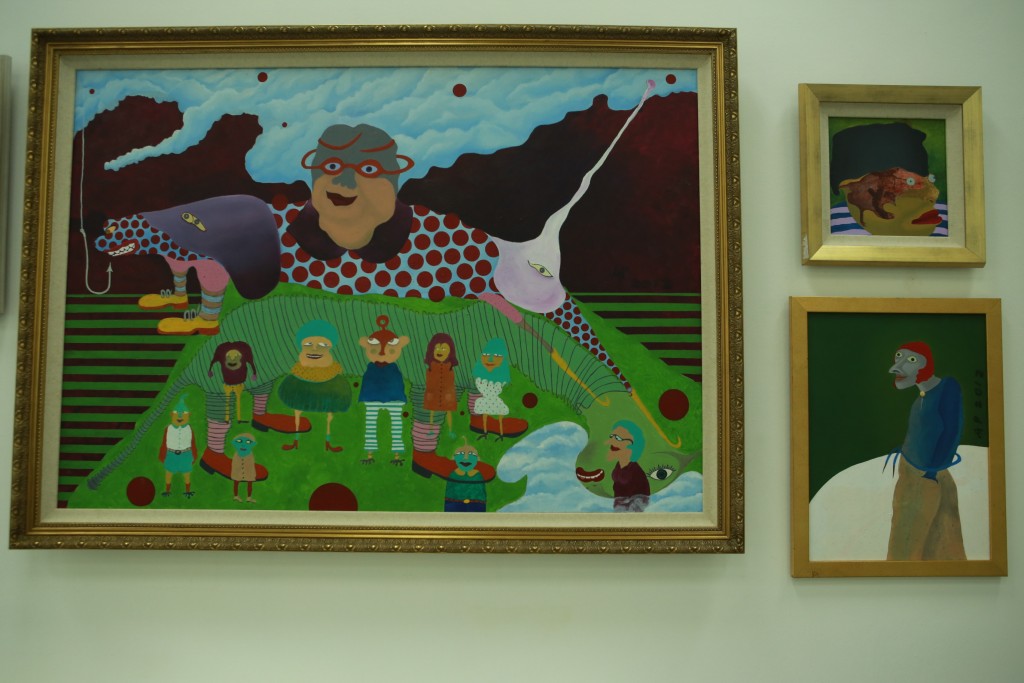 Who are the CEO’s of the GLCs? Who are their partners? … As usual, Azizan Paiman’s artwork put us to our critical thinking. His artwork, though it may seem at times talking about the Malaysian scenario, but it is actually generic, it happens in everywhere in the world. Perhaps this artwork is to serve as a reminder that there should not be any nepotism or cronyism in the organization. …what is your interpretation? 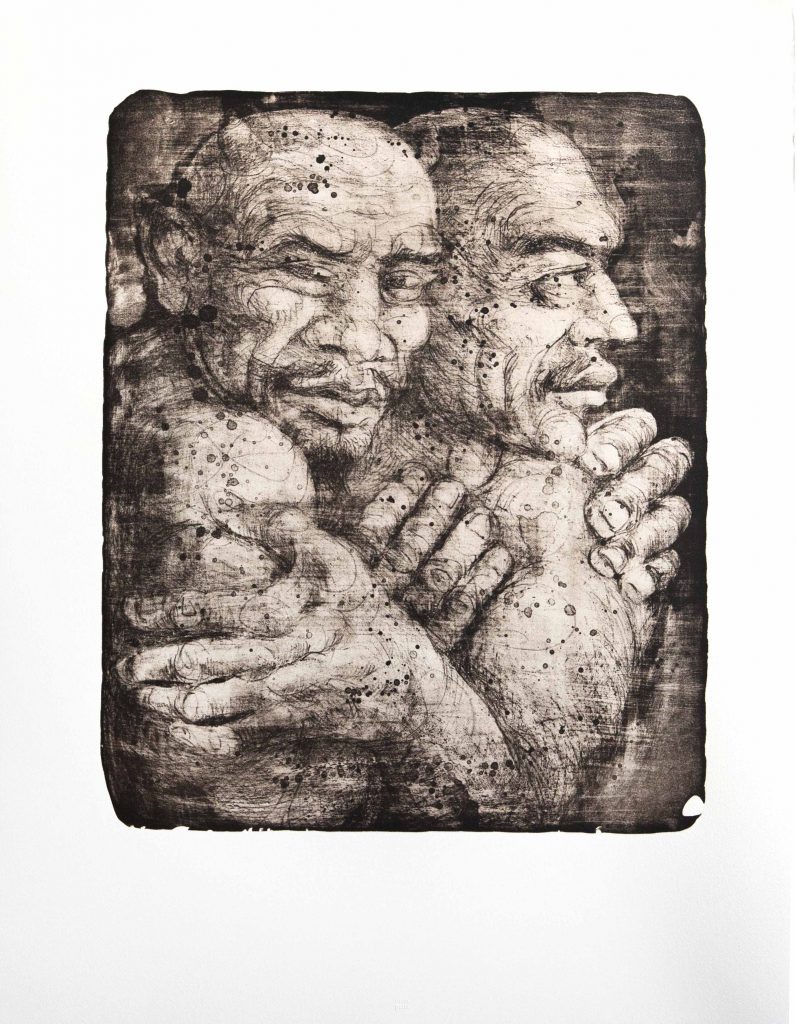 It has been printed in 90 numbered and signed copies, 9 Artist Proofs, 1 copy for the collection of the French National Library (Bibliothèque Nationale de France) and 1 for Idem’s archives. 22 additional prints were made and will be enhanced with watercolors and mixed-media by the artist thus becoming unique artworks.

It is printed on awhite 300 gr Velin d’Arches. Zakii’s prints have 4 variations. All the prints are printed in black with one passage. There are 4 different types of backgrounds: natural color of the paper (12 copies), light pink (32 copies), light cream (38 copies) and double cream (8 copies). 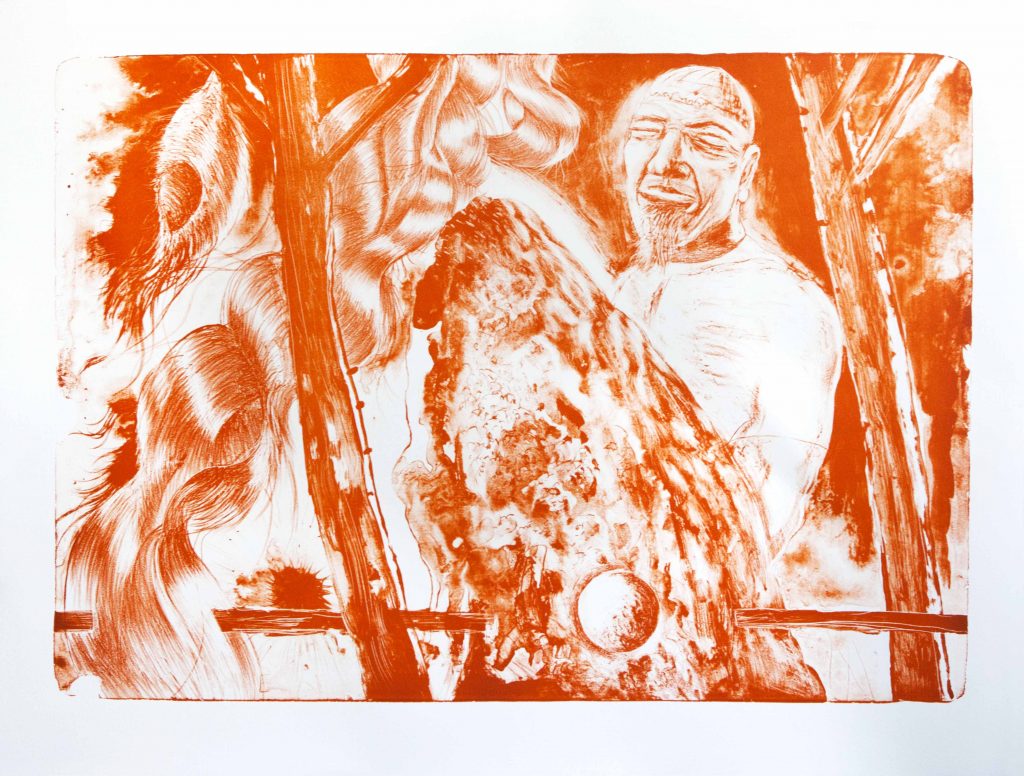 It has been printed in 88 numbered and signed copies, 6 Artist Proofs, 1 copy for the collection of the French National Library (Bibliothèque Nationale de France) and 1 for Idem’s archives. 15 additional prints were made and some will be enhanced with watercolors and mixed-media by the artist thus becoming unique artworks.

Jai chose a light brown/orange color for the printing which is a reference to the antique color of clay pots found in the Inca culture. He had half of the prints printed on 300 gr Arches paper and the other half on 300 gr BKF Rives.

On February 27th, 2018, the Centre Pompidou Paris hosted the opening of its Latiff Mohidin exhibition. Jai came to Paris for that event with long time friend and collector Pakhruddin Sulaiman.

At Hylergon Collection – Fumanart, we straight away pictured Jai doing a print at the Idem workshop with which we work regularly. It was a remarkable opportunity to have a greatly skilled Malaysian artist work with one of the world most reputable printmakers. Soon contacts were made and the project planned.

In Paris, we were lucky to meet up with Zakii and  invited him to join the project which he accepted with pleasure when he visited the workshop. 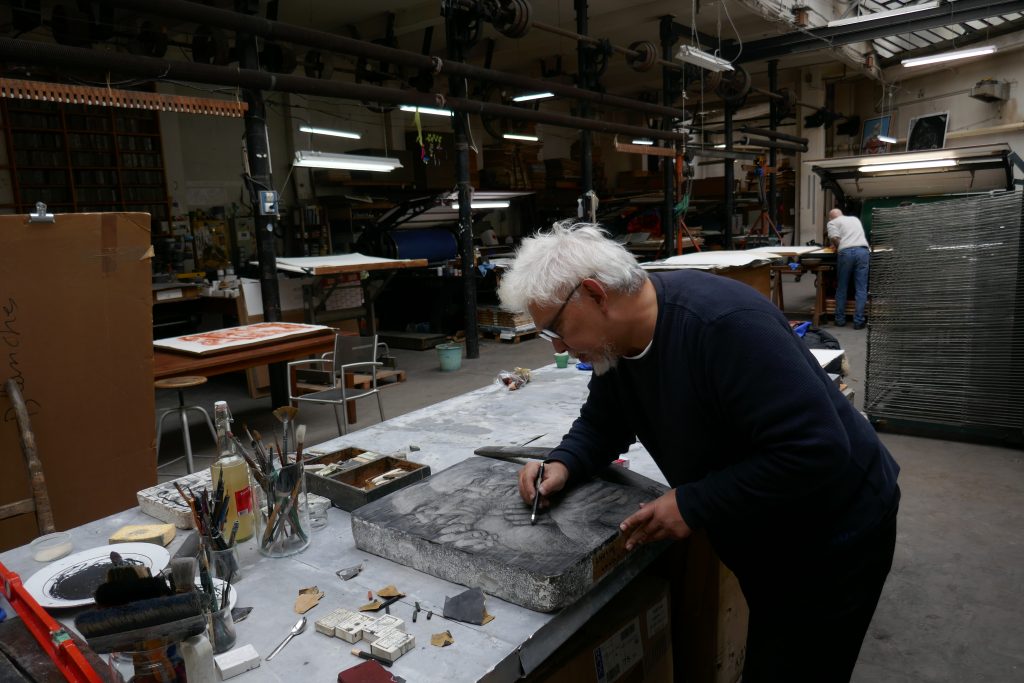 About the Idem workshop:

The Idem workshop in Paris (France) is a magical place, an Hogwarts for artists. One day, David Lynch is there, the other it is Pierce Brosnan, another day, even Karl Lagerfeld shows up: a lot of artists working side by side on stones and plates. In the background, it smells of inks and chemicals, you hear and see heavy machines (6 to 20 tons) turning and artworks being created.

The workshop was established in the 19th century and has not changed much since the beginning of the 20th century. The printing machines are rare 100-year-old lithographic prints by Marinori and Voirin, renowned manufacturers of printing machines of that era.

Previously known as Mourlot, this workshop has worked with most 20th century artists: Picasso, Miró, Calder and hundreds of others.

Idem counts with a team of highly-experienced professionals, the knowledge of a wide range of techniques and top quality stones and equipments. It is the Hermès of art printing. 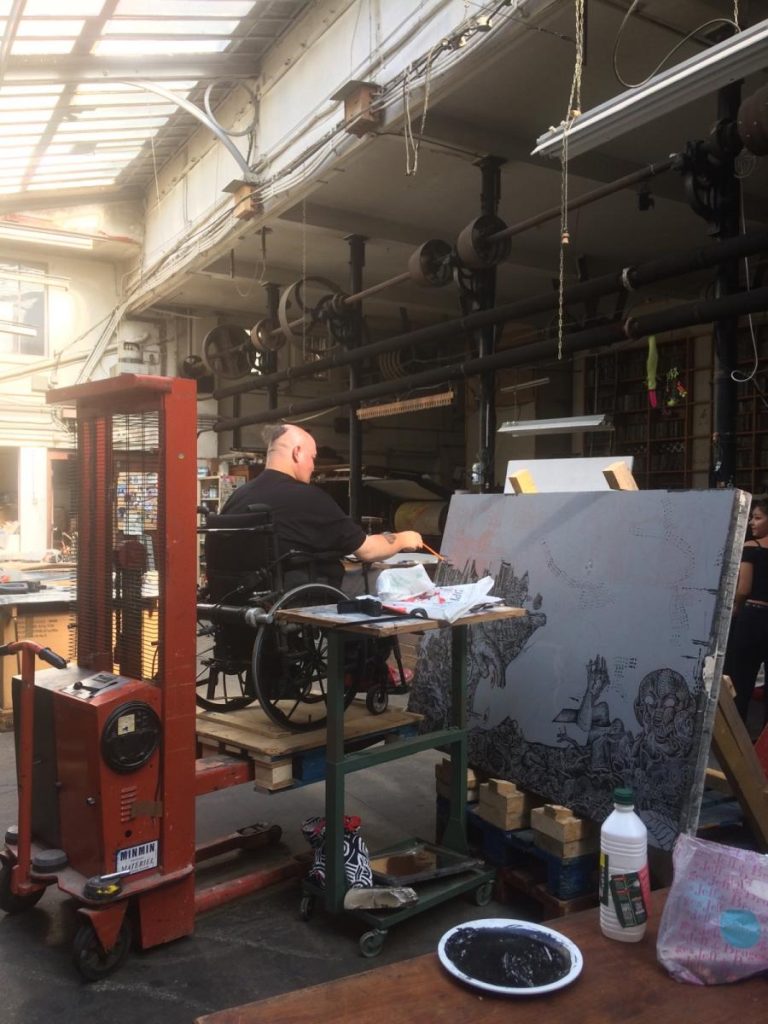 Working on the big stone

This stone is the biggest at the Idem workshop. It is 120 x 160 cm – about 4 x 5 feet. Will probably be printed in black. more information soon. Enquire on availability